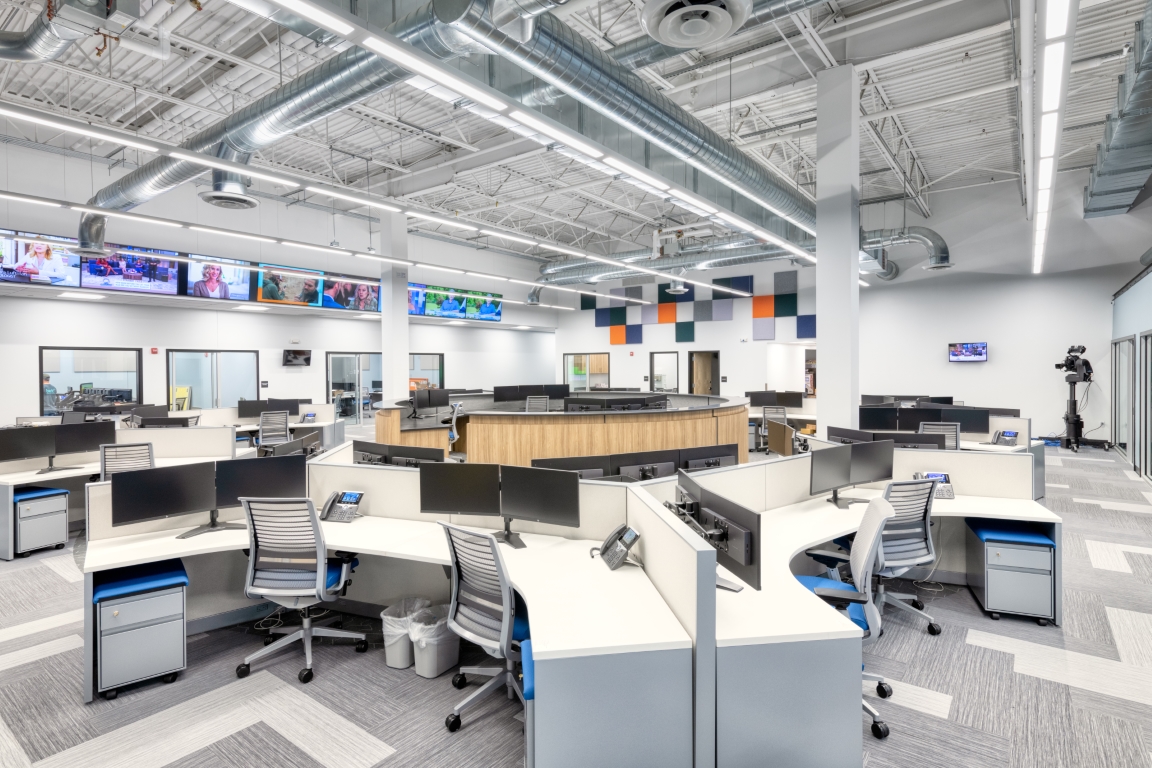 Vermont's NBC 5 News Affiliate chose Scott + Partners to turn a former warehouse into a new vibrant work space and television news studio. We maximized daylight in the interior space and strategically reduced ambient noise allowing the news to be reported while creating a clean and modern looking interior. We worked with ReArch Company to renovate the 25,000 space in 7 months for a 3.9 million dollar budget. The folks at NBC 5 and Hearst Stations can now produce, report, and broadcast the news 24/7 from the new NBC 5 Studio.