Scott + Partners used to be located in the Five-Corners area of Essex Junction, next to the Essex Junction Amtrack station. This station is the primary service to the greater Burlington area and acts as the multi-modal train and bus transfer location for the area. For years, our ability to talk on the phone revolved around the horn of the Amtrack Vermonter line and the rumble of the woodchip trains headed to Burlington from Canada. The next multi-modal transportation hub is in Burlington but lacks access to the Amtrack line. Essex Junction, as the name implies, has great ties to the train lines running through Vermont. In the 1850's six rail lines made connections there and the settlement thrived as a result, eventually leading to the incorporation of it as avillage in 1892.

In 1958 the old train sheds were replaced by a concrete block station that has served as a stopping point until the current day. Some expansions and changes were made over time, and a bus stop added to the side opposite the train.

An effort to upgrade the "busiest train station in Vermont" has been under way since 2016, when we helped the Village of Essex Junction study and visualize ways to improve the character and vitality of the station. In the years since, support and funding has grown and a new push is being made to gain approval for State funding of the project.

The proposed project is to build a large open-trussed roof canopy that covers the existing station, train, and bus passenger areas.

Earlier this week, Amtrack's Vermonter Line started service again after shutting down due to the COVID-19 pandemic. The towns along the line, including Essex Junction, are excited to see the train service running again. With the re-launch local politicians and town representatives were at teh Essex Junction station to talk to the public about the plans to build the Multi-modal Station Project we designed, if the funding can be secured. 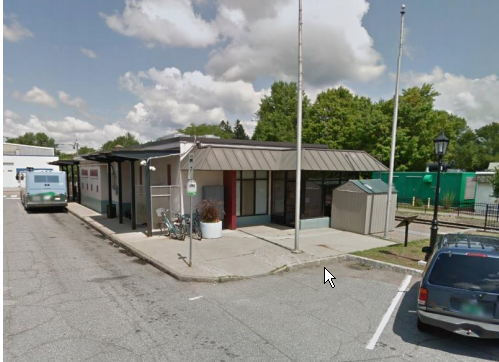